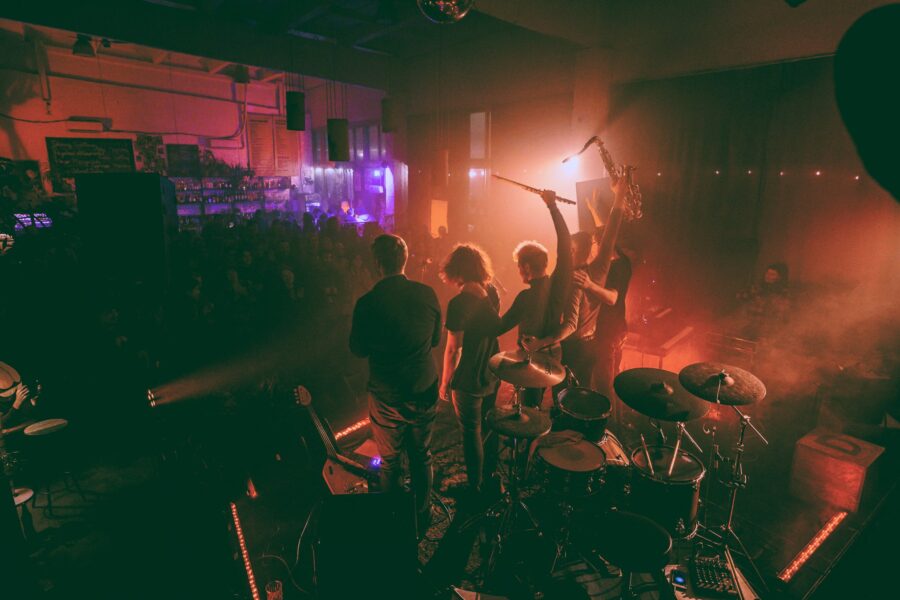 Forerunners of underground Estonian jazz-funk since 2013, Estrada Orchestra is a 5-piece based in Tallinn. Loosely defined genre borders situate the group of master improvisers into equal parts psychedelic groove and avant-garde. Although names like Herbie Hancock and Mulatu Astatke pop into mind, the list of kindred spirits of Estrada is far and beyond to find.

Established producer and bass player Misha Panfilov brings his expertise in film music, deep funk and Eastern Bloc obscurities while Volodja Brodsky smooths things out with fusion influences behind the Clavinet and Rhodes. Both composers are equally obsessed with all that’s jazz. Flutist Ilja Gussarov, the solist and shaman of the bunch, orchestrates the crowd into a tribe with a vibe that shines in live shows. Sashko Petrov on tenor sax and percussion adds the slick soul of a vagabonder to the recipe. Madis Katkosilt provides a solid backbone with heavy beats and just the right amount of crunch on the drums.

After their self-named début album flew off the shelves in 2015, Estrada Orchestra has released their 2nd LP “JAZZBEATJÄÄTIS” in 2017 via French imprint Stereophonk. Having gigged in Tallinn Music Week, Positivus and numerous festivals in Estonia the jazz groove act is ready to take on the international stage with support from the likes of Shawn Lee, Greg Foat and Alain Mion.

In March 2018, the third LP “Vaba” (trnl. “Free”) was released on Detroit’s imprint Funk Night Records. Free psychedelic jazz shines in this LP as the name suggest. Just 5 excellent musicians in a smoky basement, doing what they do best.