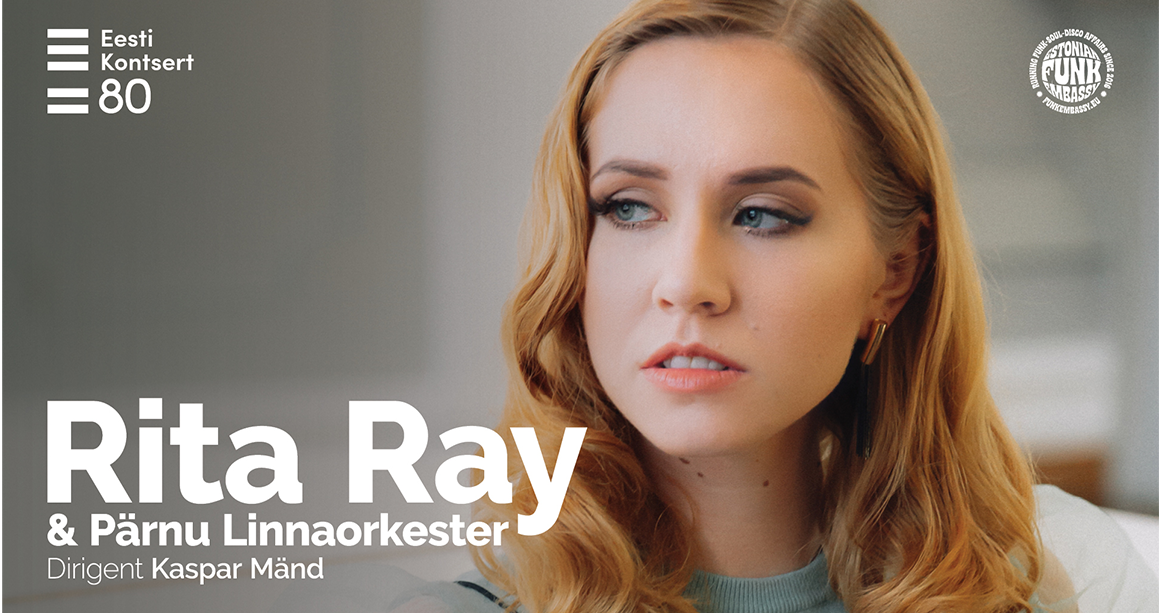 Following their fruitful collaboration both in recording and on stage in Ammende Villa in July, Rita Ray will hit the road bringing Pärnu City Orchestra and conductor Kaspar Mänd with.

Together the largest concert halls in Estonia are conquered as part of the big end of the year tour in December:

Tickets on sale on Piletilevi and selling fast!

For a sense of the magic to expect, you can re-watch the concert film from July on Jupiter.