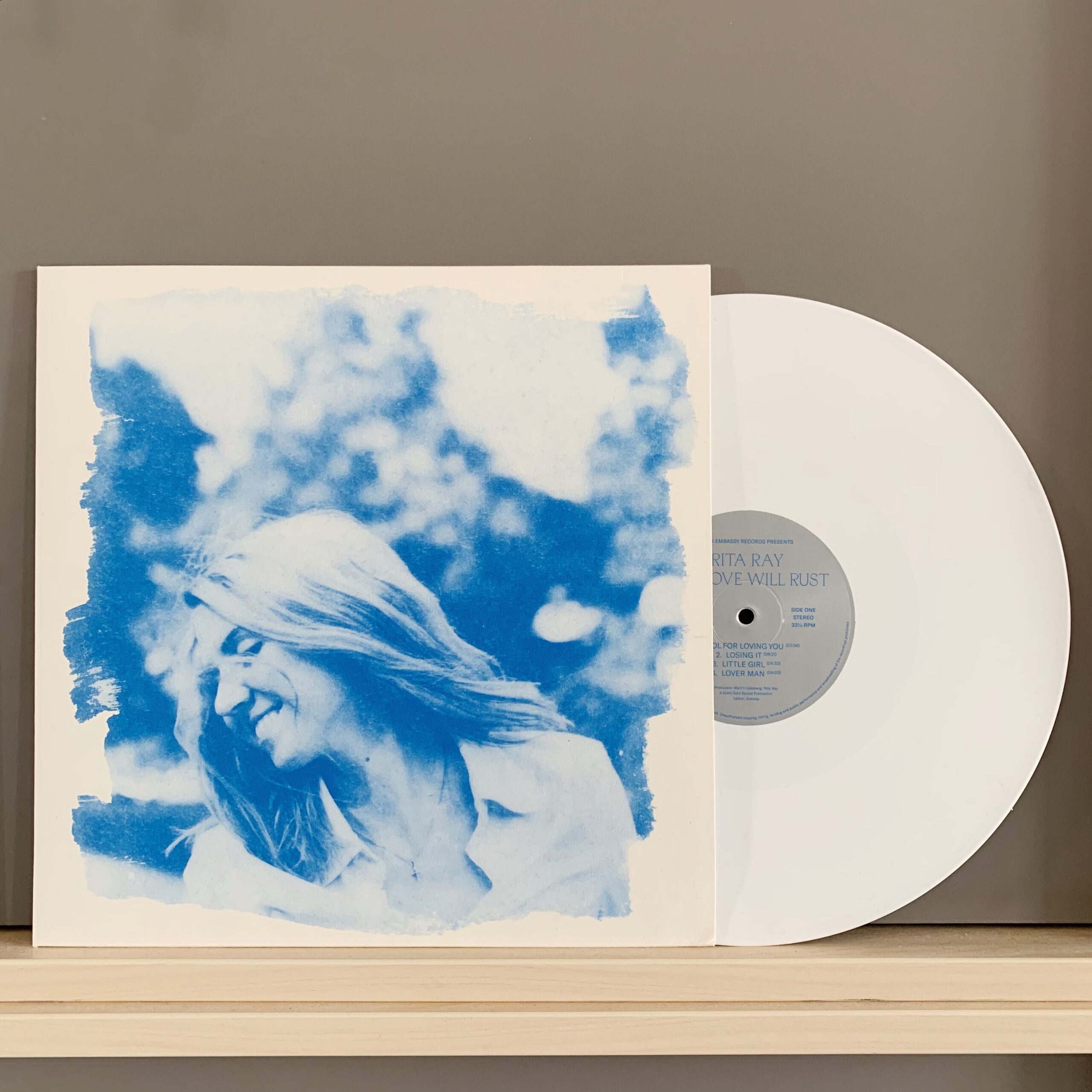 While Rita Ray is gearing up for her sophomore album release this Fall, we decided to repress this beauty! “Old Love Will Rust” repress in white vinyl, with the original blue cover. A real collector’s item.

The debut album of the singer-composer Rita Ray packs powerful, warm vocals and crisp production to go with it. “Old Love Will Rust” contributes 8 soul-heavy cuts to the current scene: it’s got that slower, classic R&B side of affairs, as well as an uptempo disco delight, that keeps things tight. While miss Ray herself has credits in almost all aspects of the LP, it’s a certified Solid Gold Production, led by Martin Laksberg of Lexsoul Dancemachine. Blue-eyed soul hasn’t sounded so strong in ages! “Old Love Will Rust” has sold out two pressings, and been nominated for 4 Estonian Music Awards, including Best Album. The album has received critical acclaim both locally and internationally, as well as being heavily supported by grandmaster Craig Charles.

Available in most Estonian record shops and soon also worldwide, however for best price & international shipping get it via the Funk Embassy webstore.